After one month back in the real world

You know you are in South America when...

So, I'm back home in Sweden, I'm sad to say. But there are all those sweet memories to hang on to! These are a few of the weird but lovely things that just makes travelling so sweet...!! 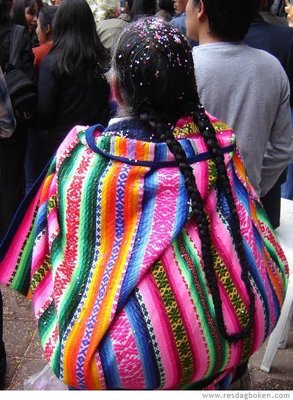 You know you are in South America when...

* ...when you realize that about 50% of the male locals are wearing the same haircut as Maradona did in the late 80's.

* ...when you spend 8 months in countries producing the major part of the World's consumption of coffee - but hardly ever get served anything else than nasty instant coffee.

* ...when you find yourself surrounded by five men with rifles outside the supermarket, "in order to make you feel secure"...

* ...when you are constantly chased by twelve year old shoe shine boys - even though you've been wearing nothing but flipflops for the last couple of months. 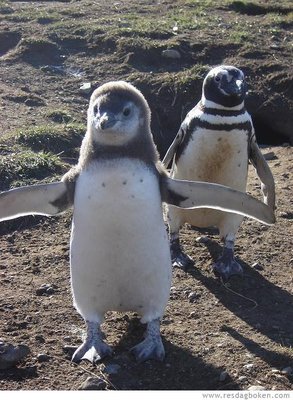 Another South American character - "Up for siesta, anyone?"

* ...when a strict and correct business woman in a bank terminates a likewise strict business conversation with an informal "Chao, gorda!" (Buy, fatso!)

* ...when it's considered self-evident that all kind of activity is shut down for siesta for a couple of hours in the middle of the day, even in areas with a subarctic climate.

* ...when a five year old kid comes up to you in the park and asks for a cigarette - for his mum.

* ...when people seem to spend more time in an armchair outside their home, out in the street, than any other place (including their bed, their kitchen or a possible workplace)

* ...when time tables is something that just exist in theory. And where else in the world do you get told that the bank opens 8 o'clock mas o menos (more or less)...?

* ...when busses, banks and internet cafés keep a temperature of roughly 12 degrees Celius, because "now that we have air condition we want it to show!!!"... 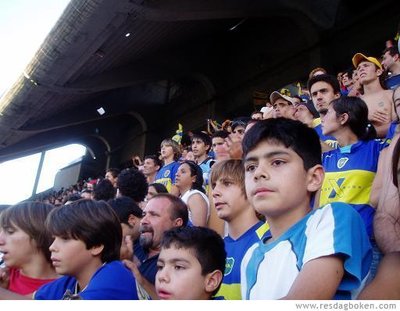 Soccer - it's like religion. Bocca Junior playing (and winning) in Buenos Aires

* ...when you have to ask certain questions (such as where, what time, where to, and how much does it cost?) to at least 7 people, before you can make out some sort of average answer, that might be somewhere near the truth.

* ...when the national sport always is soccer - it doesn't matter that the country in question haven't been anywhere close to the World Cup for the last 30 years or so.

PS. I added some pictures too, pics that really makes me feel "South America". Extremely important now that I'm at home and just have the memories...

I am a resident in a coffee producing country in Central America, in the 1940s Instant Coffee came to El Salvador, before this the natives had never tasted a drop of the brew since all the harvest was exported to Europe and North America, now select coffees are available in places like "Coffee Cup" in the malls of San Salvador and better restaruants, however in some of the little comedors it's still instant coffee.

dbloom - do you think you can grasp the concept of "being ironic"?

Besides, I never went to El Salvador. Unfortunately. Maybe next trip!

Hi Susanna,
I loved reading your blog! It's really great to read about the candid part of life and people. Yeah, I guess that is why sense of humor was created.

Would love to go to South America, one day I'm sure before I check myself into a retirement home. Cheers!

Hi susanna!
It's lovely to read your posts

My dream is going to South America! And I have found some of the great atmosphere of this amazing continent (or at least what I image it is) in your writing

Thank to put your emotions and thoughts down for us!!

How true about latin american. Your blog is fun to read..hope you have more adventures.

This blog requires you to be a logged in member of Travellerspoint to place comments.

If you aren't a member of Travellerspoint yet, you can join for free.